Anna was born with a genetic liver condition, Criggler Najjar which meant she had to lie under blue lights between 12-16 hours every day.  As you can imagine she led a very restricted life, however it was far from dull. She had a pioneering liver transplant at the age of 10 which gave her a normal life for the very first time.

Anna threw herself at life, cramming an amazing amount of activities into every day. The year after her transplant she took part in the British Transplant Games, winning four gold medals, and she went on to become British, European and World champion in athletics with more than 60 medals and several cups to her name.  She also fenced for Scotland in the Commonwealth Games in 2010.

She gave 110 per cent whatever she did and was a high achiever at school. She tried everything, motorbike trials, windsurfing, became a city tour bus driver as a student, taught sewing, made wedding and prom dresses, restored her pride and joy – a metallic orange Voltswagen Jetta classic car – loved doing car boot sales and fleamarkets, restored a flat.  She was multi-talented and extremely creative and loved the work of Jackson Pollock and Edwardo Paolozzi.  She was fiercely honest, had integrity and stood up for the underdog, the bullied, those who were a bit different.

Anna did a fashion degree at Edinburgh College of Art and qualified as an art and design teacher in 2015. Following her probationary year she achieved her first full-time job at Forrester High School in August 2016.  Sadly she fell ill with a non-Hodgkin’s Lymphoma in March 2017 and succumbed to it in June 2017.

She was the most loving and generous person.  She was fun-loving, determined and motivated and achieved more in her short life than most of us achieve in a normal lifespan.  She made an impact on people wherever she went and no less with staff and pupils.  She had the makings of being a fine teacher, someone who connected with people, especially her class pupils and the charity aims to achieve many of her hopes and plans had she lived.

The Trustees are made up of Anna’s family, friends and those who played a part in her life:

Still have Questions?
Use this Form to Contact Us 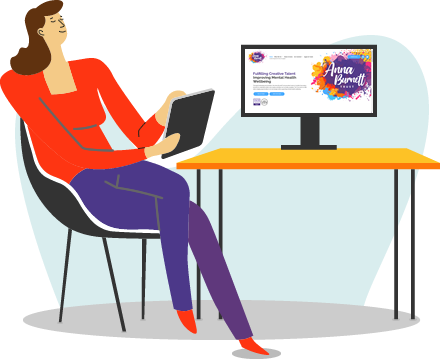 Fundraising is the life blood of many Scottish charities and we need to raise funds from voluntary sources. We could not fulfil our charitable mission without the support of generous, thoughtful and committed donors. We will comply with the law as it applies to charities and fundraising and we commit that we will guarantee to adhere to best practice as outlined in The Fundraising Code of Practice.